Inflation is rising all over the world. Almost everyone believes that inflation and bond yields will be higher in the decade ahead than in the last decade. That does not mean that either inflation- or bond yields will keep rising dramatically this year, or even in the three years ahead. The last couple of months investors calmed down. Bond yields are no longer rising. The markets seem to attach a negligible probability to any kind of inflation disaster. Bond and equity investors are convinced that inflation is a temporary problem as is evidenced by new stock market highs and 30-year yields of 2,2% in the US and 0,3% in Germany. The new higher inflation level has not caused serious economic problems and it will not alarm central banks. Federal Reserve officials and central bankers around the world are relaxed about the inflation threat. 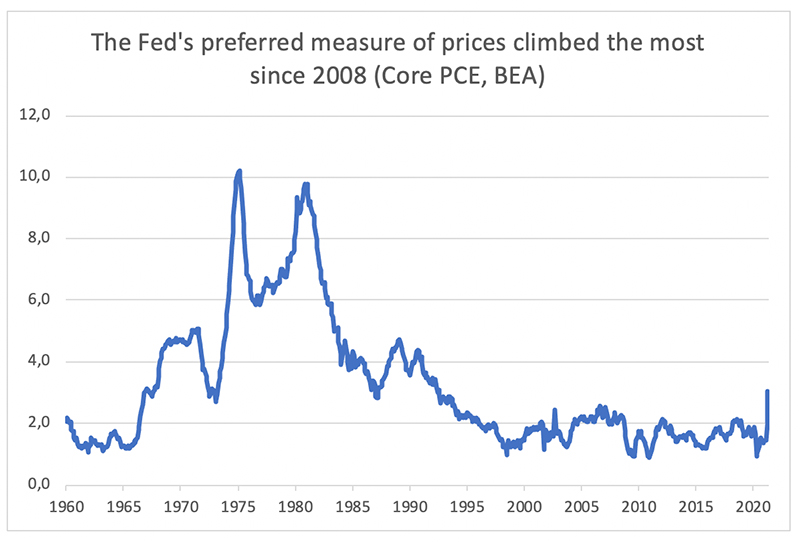 Economists have long been deeply divided about the fundamental causes of inflation. Monetarists believe that inflation is always and everywhere a monetary phenomenon. The expansion of money printing post-Corona must result in higher inflation. On the other side, Keynesians believe that inflation is not due to monetary policy, but to imbalances in real economic activity and labor bargaining power. It’s an imbalance between investments and savings, something that pushes labor markets beyond full employment that results in wages rising to fast. In this debate between monetarists and Keynesians, who is right, is of limited relevance to investors. Investors are only interested in how central bankers view inflation. And that has changed. Central bankers shifted from the monetarist to the Keynesian camp after the global financial crisis. And central bankers nowadays control interest rates along the entire yield curve. So, investors in all assets should better pay attention to the Keynesian view about inflation. These central bankers look at the labor market and see a lot of excess capacity post-Corona. For them we are at the low of the 2009 recession or even the double dip recession of the early eighties. Which means central bankers are not worried about a Seventies type of scenario, there is enough slack in the labor market. Central bankers see the return of the golden age of Keynesian economics after World War II. Strong economic growth with rising inflation, but with low rates. It’s an Uber-Goldilocks scenario for investors. Risk on. 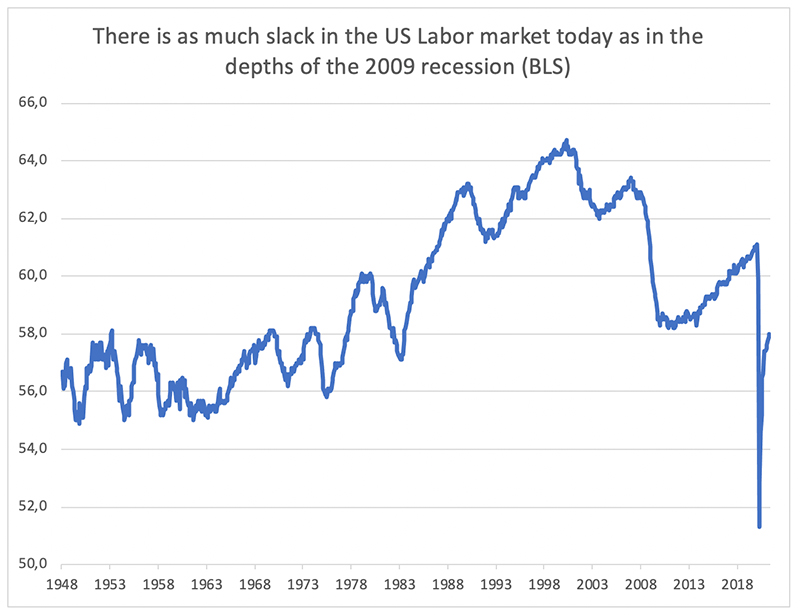 But with inflation rising and the US labor market tightening, it is a question of when, not if, the Fed moves towards tapering its asset purchases. In 2013, talk of Fed tapering triggered a traumatic sell-off in emerging market assets and currencies. This time markets will be more resilient. External positions are stronger than in 2013. There are more forces weakening the dollar and commodity prices are starting an upward cycle. Also, the Fed will be anxious to avoid a panic. Expect a more moderate reaction with markets discriminating. In 2013 the US dollar was rising against emerging market currencies and commodities were just past the peak in the super cycle. Today, strong forces favor a weaker US currency and commodities are turning up, starting a new super cycle. A weaker US dollar favors markets outside the US, especially emerging markets and commodities. So, the market response will be more measured than in 2013. Thanks to a falling dollar. 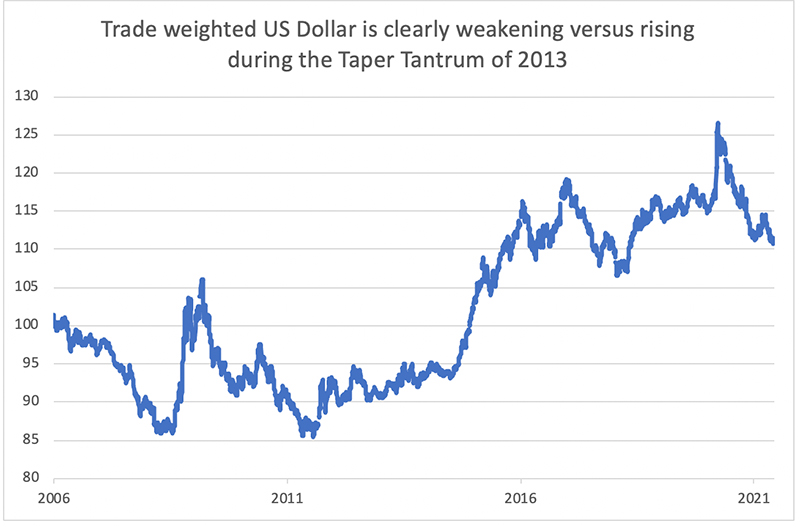 Prefer equities in this inflation scenario. Equities are a natural inflation hedge. Prefer equities over bonds. Bonds are richly valued at current yield. Prefer equities in countries with undervalued currencies or those which are commodity-exporters. Commodity markets overall show a stronger relationship to inflation breakevens[1] than to real yields. Brent and copper fit this pattern well, doing well as long as breakevens are rising almost independent of what's happening to real yields. The exception here is gold, which does best when real yields are falling, regardless of what's happening to inflation. Natural gas shows more similarities to gold than to Brent/copper. Again, it is time to stop panicking about inflation. This applies to investors in commodities and bitcoins, but also in assets that are supposedly most vulnerable to inflation, including technology stocks and even government bonds. The best government bonds to buy are Chinese government bonds. The PBoC is an inflation hawk in a country with positive real rates. Those are things that make a currency stronger, not weaker. The inflation panic is another buying opportunity that investors should use to increase exposure to equities and to reduce cash. Very high valuations of all assets, including equities, credit and property, as well as bonds, are likely to persist for at least another year and possibly much longer. 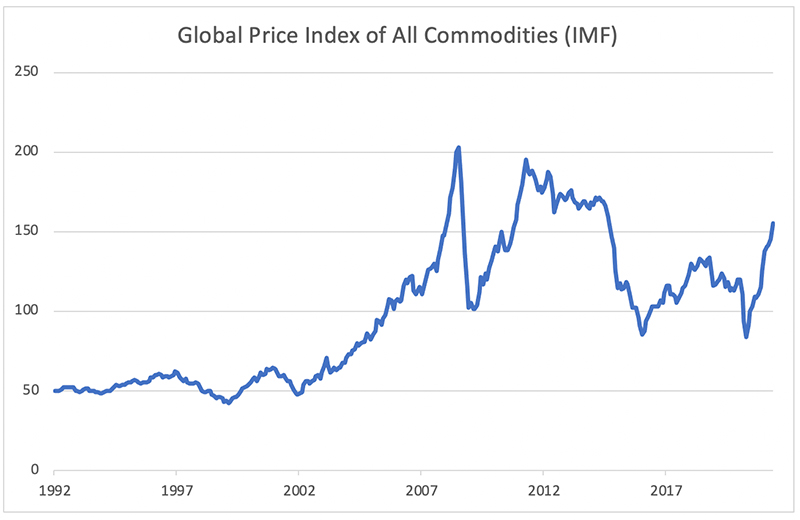 Auréus wealth management offers tailor-made solutions for investing in both public and private markets. According to Auréus, the timely identification of opportunities and the managing of risks is the definition of successful wealth management. Our values are Trust, Responsibility and Innovation. That is how we distinguish ourselves in wealth management.

[1] The breakeven inflation rate is a market-based measure of expected inflation. It is the difference between the yield of a nominal bond and an inflation-linked bond of the same maturity.