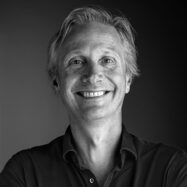 RESPONSIBILITIES
Steven Melkman co-founded the Trustmoore Group in 2005, alongside George Bergmann and Roland Beunis. He is a board member and is also the Global Head of Corporate Expansion Services.

FOCUS
As a co-founder, Steven has played a key role in the development of the Trustmoore Group over the past 15 years.

Together with his fellow board members, Steven is responsible for defining the Trustmoore Group’s strategic direction. He oversees all aspects of Trustmoore’s operational divisions and takes responsibility for people development.

In his role as Global Head of Corporate Expansion Services, he specializes in international tax activities and the establishment of corporate structures for trading, holding, licensing, and financing purposes.

EDUCATION
Steven earned a degree in tax law from Tilburg University in 1997. He also has a bachelor’s degree in fiscal economics from the Hogeschool voor Economische Studies in Amsterdam.

PREVIOUS EXPERIENCE
Steven draws on his extensive experience in international tax law, having held directorships at a diverse range of companies, from privately-owned vehicles to large, cross-border quoted companies.

He began his professional career with KPMG in the Netherlands in 1993 and subsequently joined the Dutch tax inspector’s office. Five years later, he joined the international law and tax firm Loyens & Volkmaars (now Loyens & Loeff).

Before founding Trustmoore, he was a senior account manager in the trust department of Netherlands-based private bank MeesPierson (now Intertrust).

Steven looks forward to hearing from you.

One sport is not enough for Steven! He loves the energy and the buzz of competing in Ironman triathlons and is driven to beat his personal best every time.

This website uses cookies to improve your experience while you navigate through the website. Out of these, the cookies that are categorized as necessary are stored on your browser as they are essential for the working of basic functionalities of the website. We also use third-party cookies that help us analyze and understand how you use this website. These cookies will be stored in your browser only with your consent. You also have the option to opt-out of these cookies. But opting out of some of these cookies may affect your browsing experience.
Necessary Always Enabled

Statistics: These cookies store information like the number of visitors to our website, the number of unique visitors, which pages of the website have been visited, the source of the visit, etc. These data help us understand and analyze how well the website performs and where it needs improvement.