Special Topic: How to solve a debt problem

Special Topic: How to solve a debt problem

Since the outbreak of the Covid-19 pandemic in 2020, debt ratios have risen significantly in almost all countries of the world. 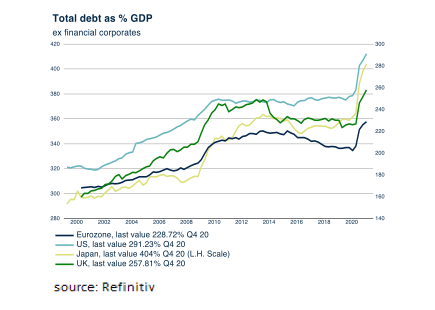 Although corporate and household debt ratios have also risen, government debt ratios in particular have risen sharply as a result of the economic support measures.

Although the rise in government debt worldwide has caused the Covid-19 recession to last relatively short and the current economic recovery is unprecedented, there remains a high risk that a future rise in interest rates will lead directly to a new global recession due to a government debt crisis. It is therefore important that governments find a way to significantly reduce their debt ratios again. In our opinion, there are four ways to solve a debt problem. 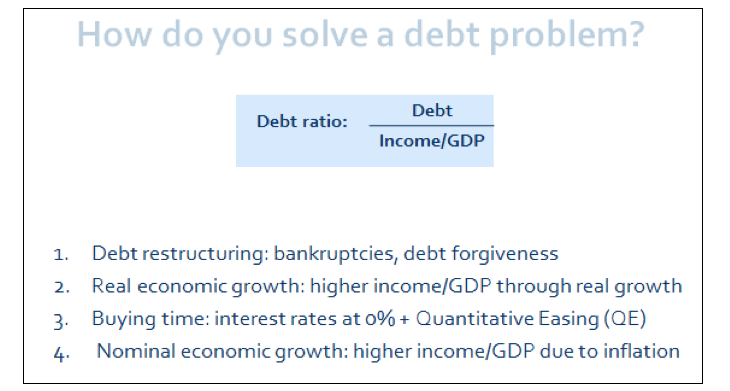 Of course, the most obvious solution to a debt problem is to reduce your spending, increase your savings, and pay off your debt. However, it is rare in history that a government did not "roll over" its debt but paid it off. It appears to be very difficult for governments to cut expenditure in such a way that they realize structural budget surpluses in order to pay off outstanding debts. 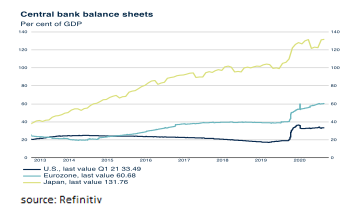 As long as confidence in the currency is not lost, this application of the so-called Modern Monetary Theory can be sustained almost indefinitely. However, the 0% interest also leads to several “problems”. Saving is no longer rewarded, there is no brake on both incurring debts and previously unprofitable investments, maintaining excess capacity and some assets continue to increase in value under the guise of There Is No Alternative (TINA).

The chosen policy can be summarized well in the table below. 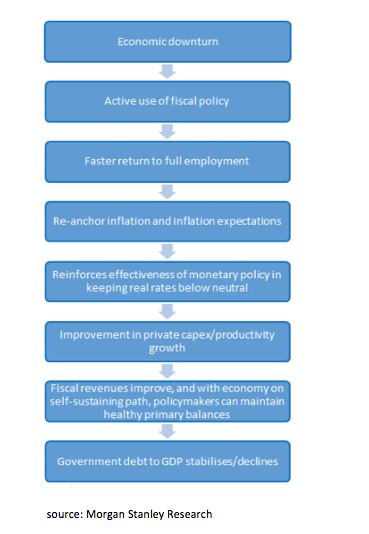 As a result of this solution, chosen by policymakers, to the debt problem of governments, (real) interest rates will remain low for a long time to come, the economic recovery will be relatively strong and higher inflation will be tolerated by policymakers. 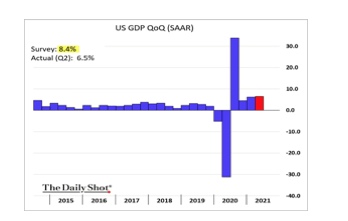 Although economic growth in the second quarter came in lower than expected at +1.6% (Quarter on quarter (QOQ) +6.5% annualized), the US economy still appears to be able to achieve relatively high economic growth in both 2021 (+6.5%) and 2022 (+4.0%). Leading indicators such as ISM manufacturing and consumer confidence also seem to confirm this.

Also on the positive side of the US economy is the fact that many US companies have reduced their inventories in the last 12 months to the lowest levels since 1995. 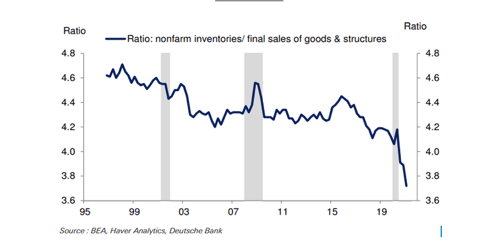 In many industries, such as the auto industry, even by so much that inventories are no longer expected to make a negative but a positive contribution to economic growth in the coming quarters.

As a result of the strong economic recovery, inflation in the US is rising sharply and is now significantly above the pre-Covid trend.

Over the past 12 months, inflation in the US was even 5.4%. Because some of this inflation is a (temporary) consequence of disruptions related to the Covid-19 recession, we don't expect the FED to be really concerned about the current high inflation. Moreover, as we described in the special topic, higher inflation is now a goal for policymakers. The combination of high economic growth ('21 +6.5%, '22 +4.0%) and inflation ('21 +4.0%, '22 +2.5%) are helping to reduce the US government debt ratio. We therefore expect the Fed's very accommodative monetary policy to be continued for quite some time to come. The same applies to the monetary policy of the ECB. The economy of the Eurozone ('21Q2 +2.0% qoq) grew more than expected in the second quarter of 2021 and even more than the US ('21Q2 +1.6% qoq) with an inflation rising rapidly, it is exactly what the ECB wants to achieve to reduce the (government) debt ratios in the Eurozone.

Like the FED, the ECB will therefore continue to pursue a very accommodative monetary policy for quite some time to come. It is therefore positive for both the economy and the financial markets that the Goldman Sachs Financial Conditions Index indicates that monetary conditions are more accommodative than ever before in the past ten years. 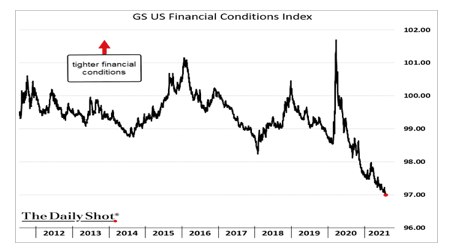 It is not difficult to conclude that equities are expensive. The return on equities in the first half of this year was one of the highest in the last 100 years, the dividend yield was at its lowest in 20 years and the price/earnings ratio is near record high levels. 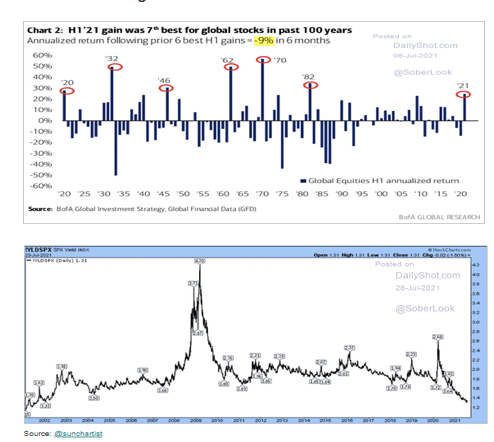 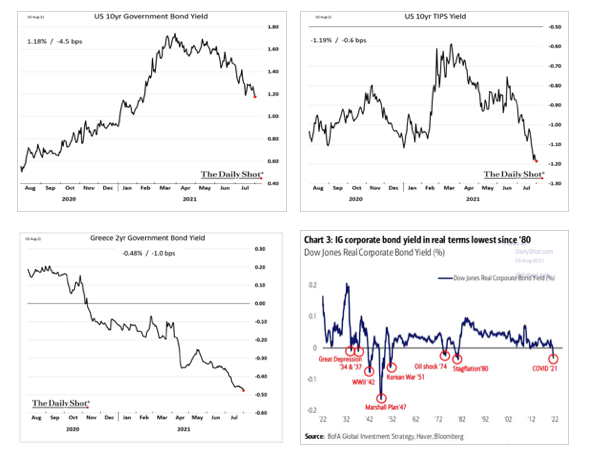 However, besides TINA (There Is No Alternative), there are still plenty of other reasons that allow another 10% return on equities in the next 12 months. First, corporate earnings continue to surprise positively, particularly in Technology, Healthcare, Consumer Discretionary, Communication Services and Financials.

As a result, the performance on equities so far in 2021 is entirely due to the dividend and the increase in corporate profits. Unlike in 2019 and 2020, the return did not come from an increase in the P/E ratio. Thanks to the strong increase in earnings, the P/E ratio even fell this year. 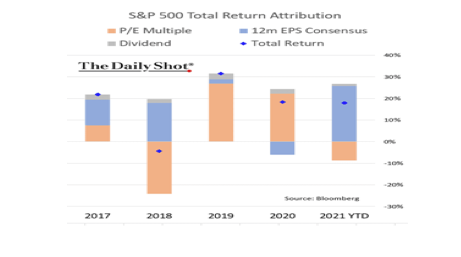 As the outlook for the economy and corporate earnings remains positive, accommodative monetary policy continues, interest rates remain low and TINA is still in effect, we believe equities remain the asset class of choice.

Disclaimer Clause: While the information contained in the document has been formulated with all due care, it is provided by Trustmoore for information purposes only and does not constitute an offer, invitation or inducement to contract. The information herein does not constitute legal, tax, regulatory, accounting or other professional advice and therefore we would encourage you to seek appropriate professional advice before considering a transaction as described in this document. No liability is accepted whatsoever for any direct or consequential loss arising from the use of this document. The text of this disclaimer is not exhaustive, further details can be found here.